Ali and his miracle sheep 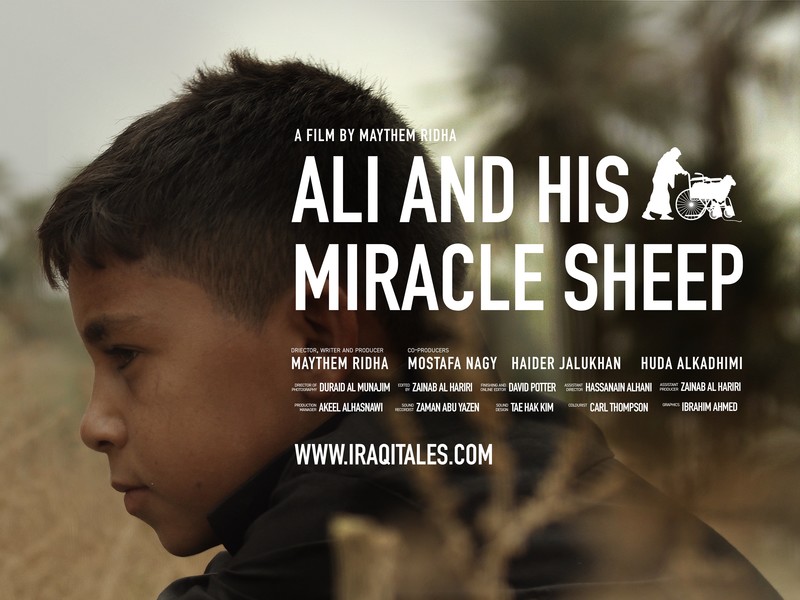 Guided by his grandmother’s haunting Sumerian lament, 9-year-old mute Ali takes his sheep, Kirmenta, for sacrifice on a strenuous 400km journey across Iraq’s landscape, destroyed by years of war, to the shrine of an ancient saint. Along the journey Kirmeta becomes increasingly resistant and runs away to escape his bloody fate.
Ali eventually finds Kirmeta amongst carcasses of cars leftover from decades of violence and false promises of freedom. When Kirmeta collapses from exhaustion the pilgrims think he’s dead. But with the continuous prayers of grandmother back in the village, Kirmeta mysteriously recovers. Witnessing this the pilgrims declare him a MIRACLE SHEEP, a reputation that accompanies them on the rest of their journey. Can both boy and sheep survive the hardship and accept their fate?
A lyrical hybrid film whose symbolism exposes the suffering of a nation whose only hope left is a mute child and his “miraculous” sheep.
WINNER OF BEST FILM AWARD IN SHEFFIELD DOC FEST UK COMPETITION – The Sheffield Doc Fest jury wrote:
“The jury was bewitched and moved in equal measure by Maythem Ridha’s intensely cinematic and lyrical film, which has the quality of an intimate epic in spite of its short length. Strikingly confident in both its embrace of formal hybridity and tonal ambiguity, the film shifts delicately from moment to moment in a flow of imagery that is at once beautiful, absurd and utterly heartbreaking. Ali and His Miracle Sheep made us consider the very meaning of “British cinema”, when the fates and lived realities of individual nations are so inextricably bound up with the actions of others.”