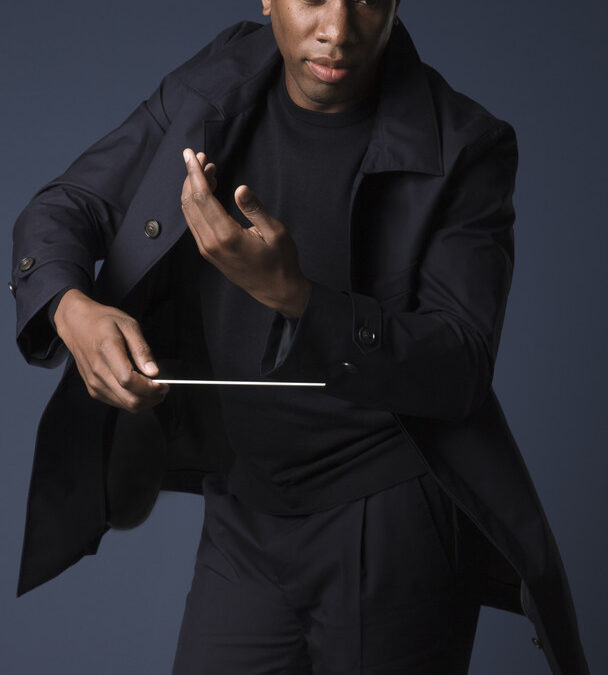 In the rarified world of classical music, the road to success is a daunting one. Especially for young conductors. CONDUCTING LIFE follows the remarkable journey of Roderick Cox as he tirelessly pursues his dream — to secure a top position with a major orchestra. Poignant and revealing, this is a story about the passion, sacrifice, and courage it takes to succeed in an elusive profession with limited opportunities.
Cox’s path to the podium is an unlikely one. Born into a gospel choir home, this Georgia native showed musical promise before the age of three. In high school, Cox’s musicianship took a leap forward, thanks to a foresighted gift from Zelma Redding, Otis Redding’s widow. But it wasn’t until he entered Columbus State University Schwob School of Music that the largely self-taught musician began his formal classical training in earnest.
Shot over seven years, Diane Moore’s intimate documentary portrait captures the highs and lows of an award-winning conductor and his quest to succeed in a discipline that has traditionally overlooked artists of color like Cox.  CONDUCTING LIFE celebrates how one gifted musician, despite formidable odds, channels his love of the transformative power of music to achieve mastery in the highly competitive field of orchestral conducting. 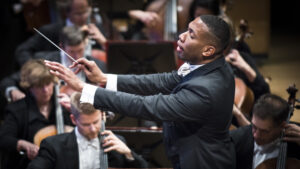 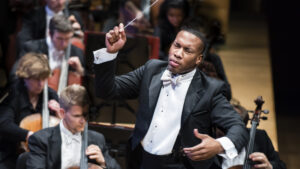