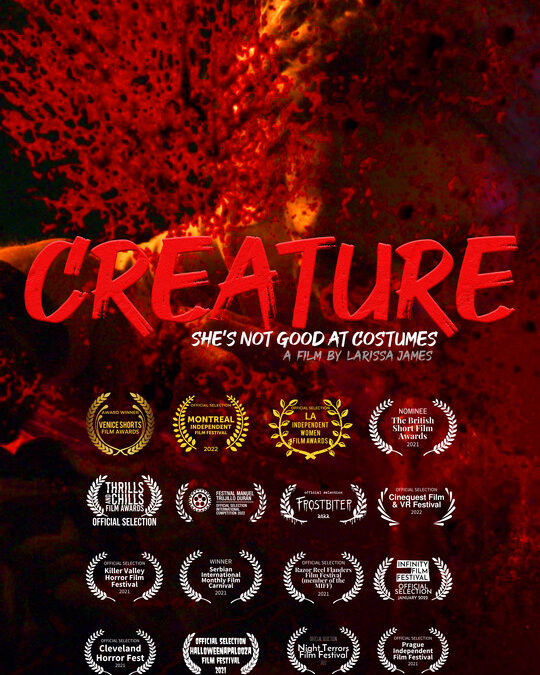 On Halloween night, a young woman is terrified into a monstrous transformation.
Alice is nervous. She isn’t good at costumes and is running late to a Halloween party. Spooked, she calls her best friend, Lucy, who’s already at the party. Lucy dismisses Alice’s fear as social awkwardness.
As Alice walks alone to the party, she is attacked by four masked trick-or-treaters. Little do they know, they would trigger a monstrous transformation in Alice.
The creature within Alice eviscerates the masked men. And also gives her the perfect blood soaked costume for the party.