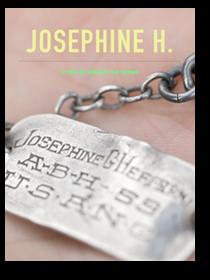 A 100 years ago, during WW1, a woman lost a bracelet in Rimaucourt, a french village of Haute-Marne.
She was an American. Her name was written on the small piece of metal : Josephine Heffernan.
A retired french teacher from Rimaucourt, Estelle Lefeuvre, and an American nurse historian from Atlanta, Dr. Marjorie DesRosier, decide to investigate together from France to Georgia and from New York to Ireland.
Who was Josephine ?
Did she survive the war ?
Does she have descendants ?
What was it like to be a woman, travelling to Europe, a century ago ?
This short documentary (45′) is based on live sequences, original drawings and both french and U.S archives.