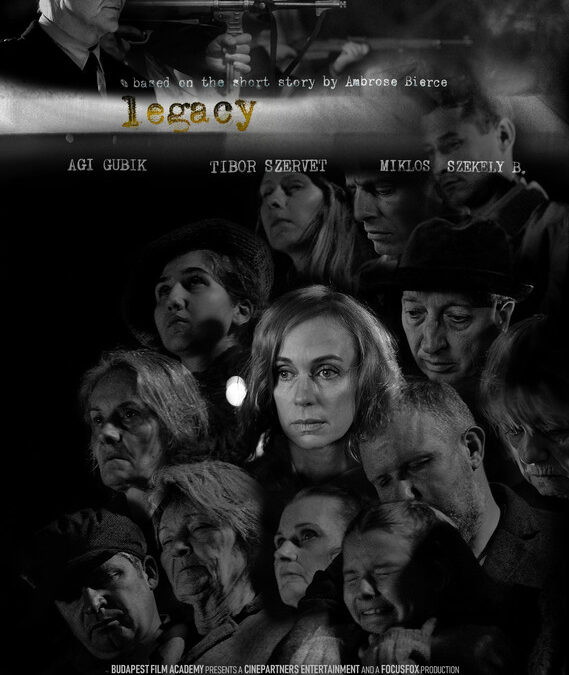 “Legacy” is based on Ambrose Bierce’s renowned “An Occurrence at Owl Creek Bridge” novel – which takes place during the American Civil War – into a historical setting in Hungary. Visually the film shows the war-torn Budapest in 1944, in black and white, Film Noir style.
This adaptation gives new context to the original story. While in the original novel there is no emotional connection between the lead character and the reader, this movie has a captivating and charismatic female lead, who is trying to repair the sins of her father, a war criminal, by saving Jewish children from certain death.
During the Holocaust thousands of Hungarian Jews were executed by the Danube. This tragedy brought out the worst in some people, but also the best in others. A brave few rose up to resist. The film honors these heroes.