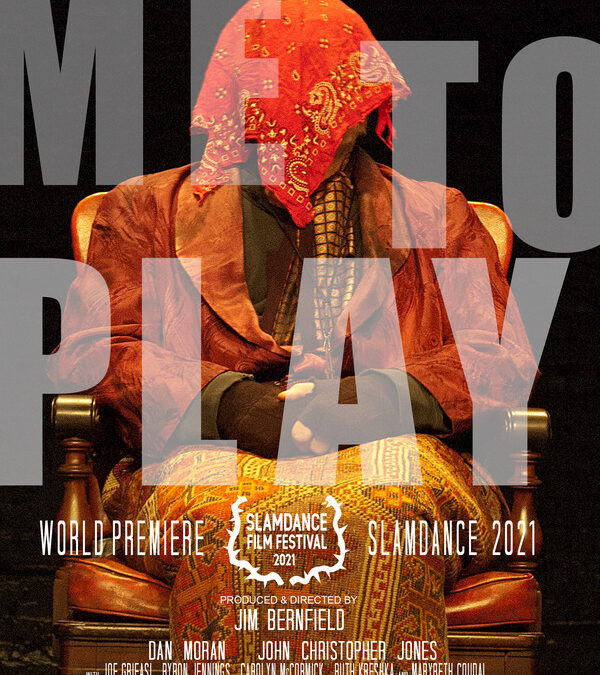 Two professional actors with Parkinson’s disease put up an Off-Broadway
production of Samuel Beckett’s “Endgame,” a play he wrote as a metaphor for
living with the disease after his mother succumbed to Parkinson’s. In the play,
Beckett wrote, “There’s nothing funnier than unhappiness;” this movie proves it. It
also shows that when the body gives way, all that’s left is soul.

Dan Moran and Chris Jones are professional actors who share six decades of
acting experience.
Now they share Parkinson’s disease, a progressive disorder that disables the
brain cells that help control movement and balance. It affects all the elements
essential to an actor’s craft.
They nonetheless put up an off-Broadway production of Samuel Beckett’s
“Endgame,” a challenging piece of theater that makes the case that “there’s
nothing funnier than unhappiness.”
“Endgame” is the story of Hamm, who is blind and cannot stand, and Clov, who
can see but can only shuffle. They play out a vaudevillian routine of repetitive
sorrow as they await the inevitable end to their diminishing lives — a metaphor for
living with Parkinson’s disease.
In “Me To Play,” we follow Dan and Chris as they take on this play, and as they
navigate their lives, with all the difficulties Parkinson’s brings — making dinner,
riding the subway, going to the doctor, and living actors’ lives that can only take
place in the heart of New York City.
Their physical and mental abilities are diminished. Their drive is not.
At issue in “Me To Play” is how their Parkinson’s disease affects their capacity to
do what they love at the level they have always done it and expect to continue to
do it.
By performing with Parkinson’s disease while opening their lives to a
documentary, these two men show that they can meet even the most difficult
circumstances with aplomb, senses of humor, and heart.