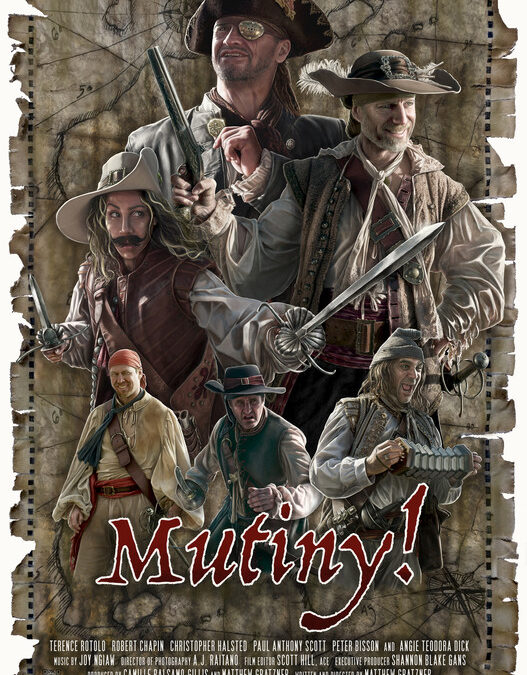 Mutiny! is a swashbuckling, action-adventure comedy featuring a progressive
Captain dealing with a crew that’s set in their old ways— all while confronting
gender inequality and the lack of self-awareness of overt masculinity… but all
seen through the eyes of 17th Century Pirates.