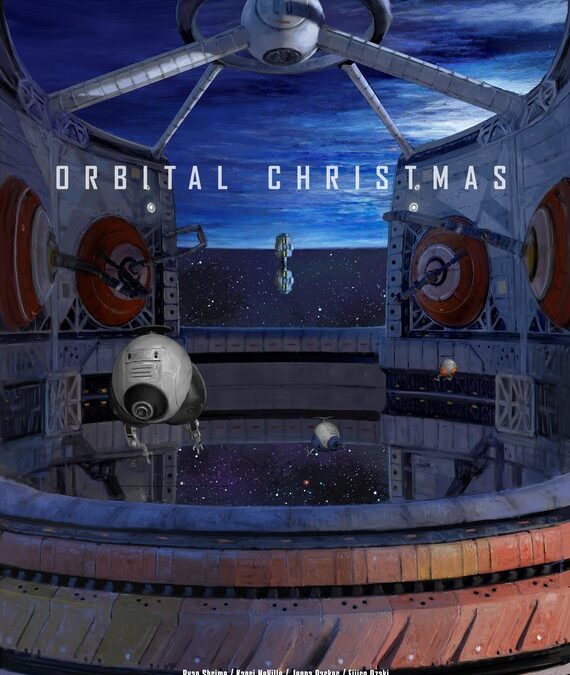 In near future, ALI, a Muslim space pilot, is working alone on a space station during the Christmas season, because all other crew is back to the Earth for holidays. One day, TAKAKO, a Japanese girl lives in the city on the Moon, stows away in an unmanned cargo ship and gets on board the space station. Although she wants to go to the Earth to meet her father, she took the wrong cargo ship. The problem is her father is caught in the atomic bomb attack by terrorists in Japan and missing now. And none can reach the area he is missing, because the area is contaminated by the radioactive substance and the electromagnetic pulse caused by the bomb broke every electronics. TAKAKO tries to go down to the Earth by an emergency pod. ALI stops her, because the pod does not enable the atmospheric entry to the Earth. TAKAKO gives up her hope. ALI tries to cheer her up, so that he makes a gigantic Christmas tree floating in the space even though he does not like Christmas as a pagan festival for him. And he makes a large banner which can be seen from the Earth and writes the message looking for TAKAKO’s father. At the end of the movie, her father who survives the bomb attack looks up the sky and finds the tree and banner, then he calls his daughter’s name.