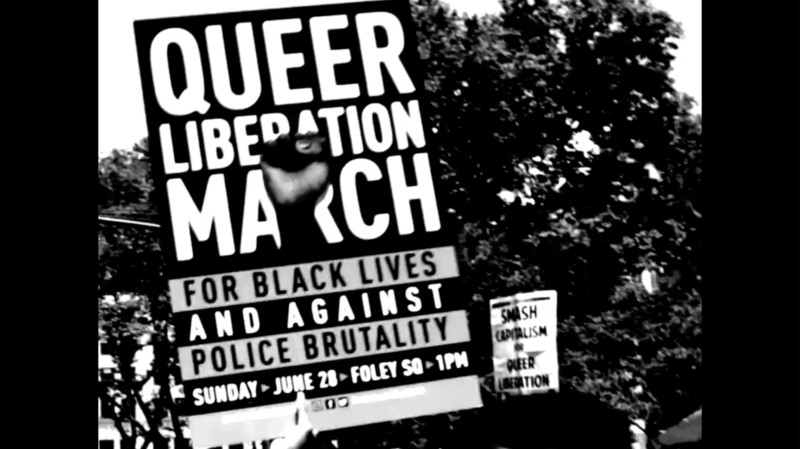 a semi-animated time-displaced rendition of the “Queer Liberation March for Black
Lives and Against Police Brutality” which took place in NYC in June 2020 on the
day that the cancelled, due to CoVid 19, Pride Parade would have happened.
Coming from Reclaim Pride, the alternative to the Pride Parade on the grounds of
corporate cooption of a protest movement (Rainbow Capitalism), this protest joins
with and is inclusive of the ongoing Black Lives Matter protests and redirects a
large portion of its focus on issues of police brutality against the Black community
and especially Black people of the LGBQ+ community. This is the 20th film in the
series “Protest” by Dolan, started in 2003 with the anti Iraq War protests, that also
feature Occupy Wall Street, Black Lives Matter, anti Trump, March For Our Lives
and Climate Strike movements. This series concentrates on the pageantry of
protests via their graphic signage and repetitive chants in a high contrast black &
white assemblage that seeks to broadcast and amplify the voice of the people