The Beatles and Us 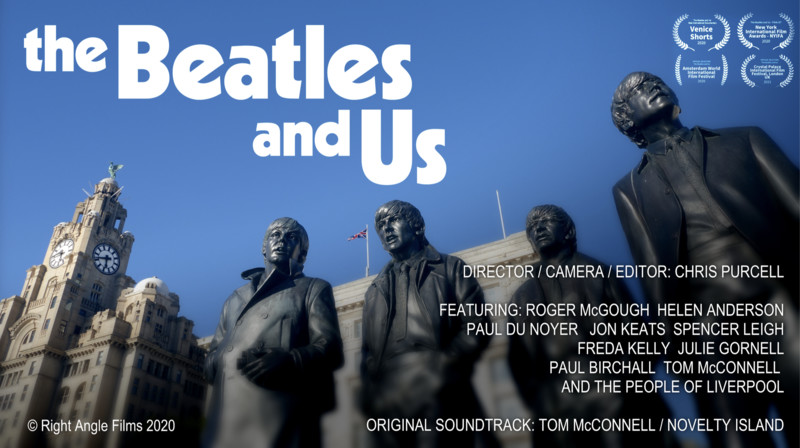 A quirky and affectionate portrait of Liverpool and how the relationship with her
most famous sons has reflected and shaped the city’s changing fortunes.
Many have said that the 5th Beatle was actually Liverpool, so influential was the
character and traditions of the city upon the Beatles’ personalities, creative drive
and unshakable self belief. By the same token, the recently installed statue that
stands proudly at Pier Head, carries the inscription ‘…The Beatles never really
left. They are synonymous with this city.’ Liverpool and the Fab Four are
inextricably linked… still. The 9th October this year marks what would have been
John Lennon’s 80th birthday. Despite this astonishing milestone, global interest in
Lennon, and the band he started, seem to show no signs of diminishing. To
Liverpool, where 1 in 100 jobs are Beatles related, this enduring appeal has
become vital to the city’s economy. The vast investment that accompanied being
bestowed European City of Culture, has transformed the city centre – and winning
that glittering prize was largely down to the Beatles’ connection. This dependency
though has made Liverpool vulnerable – as the virus arrived on the shores of the
Mersey, the torrent of visitors that once streamed through John Lennon Airport,
has slowed to a trickle… Liverpool born director, Chris Purcell explores these
themes in a charming and poetic character led documentary ‘The Beatles and Us’.
Timed to coincide with Lennon’s big day, it also comes just as the very cradle of
Beatlemania, the Cavern Club, is under threat of closure. The iconic venue, now a
microcosm of the troubles facing the live music scene everywhere, is currently
losing £30K a week. As Purcell’s film reflects though, Liverpool has weathered
stormy times before.

Chris Purcell Director Why Don’t We Do It In The Road?

do it in the Road?