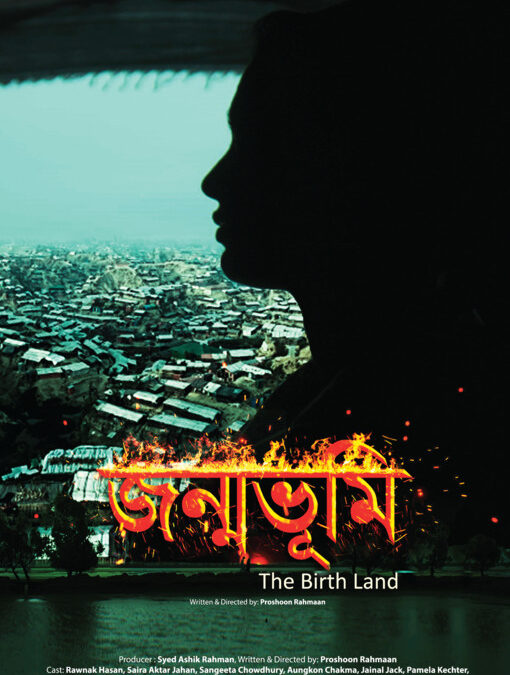 Historically Rohingya people have a long period of persecution and at the moment Kutupalong of Cox’s Bazar District in Bangladesh is one of the largest Refugee Camp in the world full of Rohingya populaces.  After the holocaust happened at the Rakhine state of Myanmar during August 2017, there is almost a million people have been forced to flee from their birth land and they entered to Bangladesh as Rohingya Refugee to save their life. Though that massive killing is known as ‘Ethnic Cleansing’ at world media it was sort of Genocide that is officially not recognized at any stage. There is saying that out of 1 million people those who came during August to October 2017,   there are almost 65ooo women are pregnant. Some are brutally raped by Myanmar Army. Our story evolves with a few of them. We see Sophia, 25, a pregnant woman in a central role, who doesn’t want to give birth to her child at a refugee camp. She doesn’t see her future and child growing in the suffocated small hut. She is looking for a brave man who will help her to go back at her very own place, where she born, grown and settled with a dream for a happy ending life. But life offers her something else, which is unusual and unexpected. She fled with her neighbors once her husband got killed and the house got burned in front of her. Now she regrets that part and believes she should not leave that place, she has the right to die at her own place as equal as living. One day she found a guy name Manik, who is also a Refugee boy who came before 10 years and now settled here at a registered refugee camp. Manik established a lost and found center for missing child and he returned almost 700 children to their parents. Sophiya convinced him with her intense appeal to help her to cross the River and border to go back. Opposing all the challenges and risk to die in one rainy day they got into a boat and start rowing for another side. We don’t know they will reach to their destination or not but we see their urge to live in their Birth Land and expectation of Sophiya to give birth to her child at her own place. Maybe their dream is larger than life, but at the end that dreams to go back and live at their, Birth Land keeps them alive.  And we respect that dream as we all have an equal right to this planet. 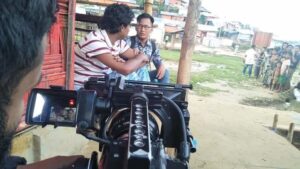 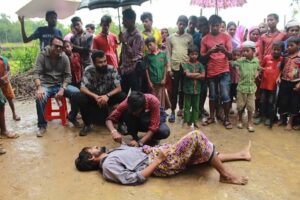 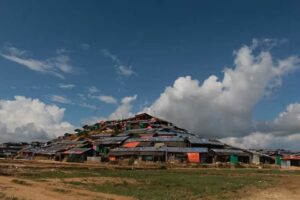 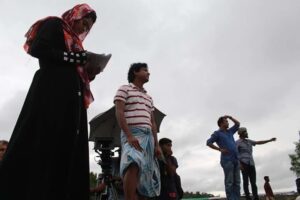 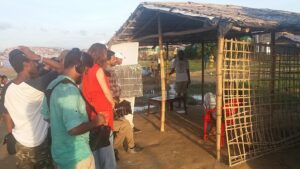