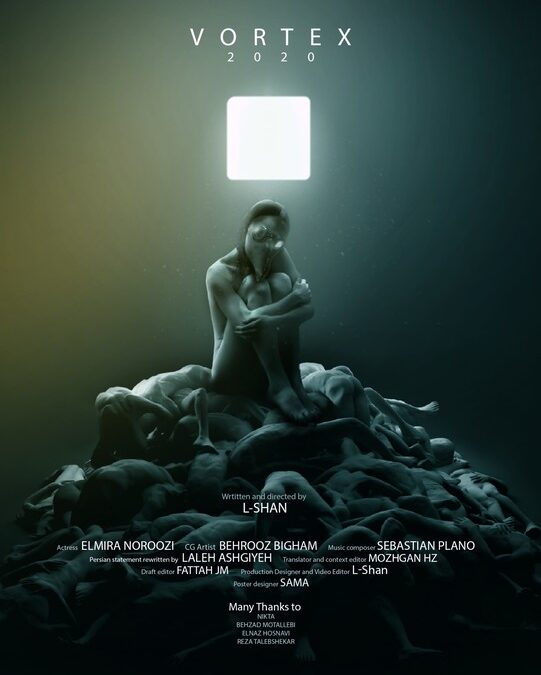 This Independent short film is made during quarantine days based on the current
status of the Earth and human behavior toward the nature reflecting the existing
predictions and the director’s attitude in an effort to represent all disasters that
may come true.It also aims to provoke irresponsible ones for a change .
The symbolic name: “Vortex” implies the circular and rotary movement which
dominates the whole universe.
The story of a system who opted the upper class to survive in the Spirals shaped
in a way to show the so called movement.
Good and bad deeds of human nature as a result of dipolar essence of the univers
is shown by black and white liquid sweating down the left and right shoulders and
mixed to make a vortex in the water. The white overcomes the black though.
We have covered the vortex resident’s face with a plague mask to point the death
of millions of people due to a disease, however this mask can empower the
imagination to picture an intact world aside with the speaker that covers the
weekly announcement by the sound of the nature.
The majority of people who have sacrificed their lives for the nature chose 22nd
April, The International Earth Day, for this event.